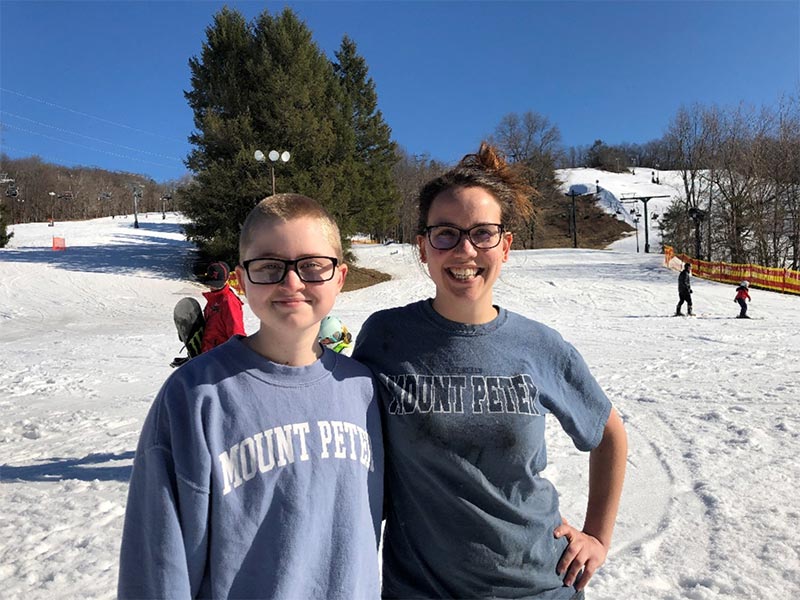 WARWICK, N.Y. (May 12, 2021) – Mount Peter, New York’s family mountain, is proud of its cafeteria staff for their recent donation to the Greenwood Lake (GWL) Skatepark. Every year, the Mount Peter cafeteria staff pools and donates the tips they collect throughout the season to a non-profit. This year, the staff chose the GWL Skate Park, a community project that honors the memory of local youth, and skateboard enthusiast, Dale Hirrel.

The GWL Skatepark project is the result of a partnership between local youth, local government, local civic organizations and independent donors. The youth involved with the project, including many of Hirrel’s friends, have proven to be devoted and motivated advocates, and have helped the project gain strong support from agencies, businesses, independent donors and sponsors – including skateboard companies, of course – throughout the region.

The GWL Skatepark project is a non-profit that hits close to home for the staff at Mount Peter, because Dale was a personal friend to many on the mountain.

“Dale was a close friend to most of my staff, and he was my little brother’s best friend,” said Samantha Capezza, Mount Peter’s Cafeteria Manager. “He was a wonderful kid who always had his skateboard and a smile. This year we’re taking our tips and paying it forward, to turn his dream of a skatepark into a reality.”

Dale Hirrel had been skating since the seventh grade, and dreamed of having a skatepark in his hometown of Greenwood Lake. Skateboarding was Dale’s passion until he tragically perished, at the age of 16, in an April 2016 car accident. It was a shock to the community at large, and especially to the skating community. Dale had not been alone in his dream of a skatepark, and people have rallied around the GWL Skatepark project to raise funds and build the facility in his memory.

“I realized how much supporting the skatepark in memory of Dale meant to the community,” said Richardson. “We thought it would be a great idea for this year’s tips to be donated to the cause.”